Anyone who has been searching for the needles that work the best for round pieces, but can also work well with flat pieces, might want to take a look at some of the best circular knitting needles. These needles are optimized to help the knitter work on projects such as hats, mittens, sleeves, socks and a lot, lot more. Nowadays, these needles are not only available in metal and plastic, but are available in a variety of other materials as well, so the consumer is going to want to think about their needs. With that in mind, below are some of the circular knitting needles that we feel are the best.

One of the first sets of circular knitting needles that caught our attention, and in our opinion the best, is this set from Clover. This is a set that’s made in Japan using high-quality Takumi bamboo. This is a set that’s designed to give the user plenty of options while they’re knitting and to allow them to find the right size for their needs while they’re in the middle of knitting. Although it is a knitting needles set that’s a little more expensive than others we’ve reviewed, we do feel that it’s high-quality construction and variety of needle and cord sizes make it an invaluable tool for any knitter.

In this set, the consumer will find 12 different needle sizes that include sizes 3, 4, 5, 6, 7, 8, 9, 10, 10.5, 11, 13, and 15-size needles. It also comes with 5 different cord sizes that include 16, 24, 29, 36, and 48-inch sizes. That places up to 60 different combinations at the hands of the knitter that gives them the flexibility to handle just about any project. And because the needles are made from light-colored bamboo, they’re easier to use than other knitting needles on dark stitches.

Each of these needles is made in such a way that they have a smooth finish and a perfectly tapered tip that gives excellent results every single time they’re used. There is also a precision finish on the joint connection between the cord and the needle. This makes stitching a lot smoother. And because this set is packed in a beautiful faux-leather zippered case, this set looks as nice as its price would suggest. It’s for all of these reasons why we’ve decided to place this set at the top of our list. It is one of the best circular knitting needles that we’ve reviewed, and definitely a set we’d recommend.

Buy it on Amazon
PROS:
CONS:

The next set that we’ve reviewed is this one from Looen. This isn’t a set that’s made out of bamboo but is one that is instead made out of aluminum. The fact that it’s made from aluminum places upon this set several benefits, but it also has one drawback. That drawback is that the needles might dent if they’re used by an inexperienced or aggressive knitter. These are needles that shouldn’t be used aggressively and that’s for sure. However, people who are experienced and who don’t consider themselves to be aggressive knitters should have no problems with this set.

One of the things that we liked about this product was that it was half the price of the circular knitting needles set at our number one position. And it’s not cheaper because they skimp on the accessories that come with it. Don’t believe us? Well, let’s take a closer look at this product and see what it offers to anyone looking for a new circular needle set.

This set also comes with a cause that not only keeps everything together but also makes it a beautiful gift to give to anyone who loves crocheting. It’s a gift that can be given for any time of the year but is especially thoughtful around Christmas or Mother’s Day. It’s just one of the many reasons why this set made it on our list.

Buy it on Amazon
PROS:
CONS:

The last circular knitting needles set that we’d like to review is this one. It’s a set that’s on the cheaper end of the price spectrum but still comes with a nice case and quite a few accessories. Most people would postulate that this meant that it was an inferior knitting needle, but we didn’t find that to be the case. In fact, we discovered that it was a pretty good set. It only had one flaw that we could find, which we’ll discuss before we get into all of this set’s features.

The one thing that we didn’t like about this set was that its cable wasn’t flexible, and this made it sometimes difficult to use. Fortunately, that’s the only flaw we could find in this set and we found it to be otherwise a great circular knitting needle set. Let’s take a look at some of its features, shall we?

This set comes with 13 pairs of interchangeable tip sizes that include sizes 2mm, 3mm, 4mm, 4.5mm, 5mm, 6mm, 7mm, 8mm, 9mm, and 10mm sizes. The needles are made of aluminum with a needle tip length of 3.94-inches and come with four plastic end caps. This set also comes with 8 steel cables, 2 tightening keys, 2 cable connectors, 1 gripper, 1 crochet lock, 1 plastic crochet hook measure, and a storage case to keep everything together. Oh, we forget to mention that the cables come in lengths that include 13-inches, 15-inches, 17-inches, and 22-inches.

Keeping all of its features in mind, and also taking a good account of the inflexibility of the cables, we still think that this is an excellent circular needle set that knitters are going to enjoy. It’s inexpensive, well made, and does come with a useful assortment of accessories. It’s definitely one that we’d recommend to just about anyone.

Buy it on Amazon
PROS:
CONS:
A Guide To Choosing The Best Circular Knitting Needles

However, even with these needles’ advantages, the consumer is still going to want to buy the best set possible, and that’s why we’ve written this guide. In this guide, we’re going to help all of our readers decide which models work the best for them and what accessories they need to come with their new circular knitting needles. With that stated goal in mind, let’s begin our exploration of these needles by discussing the differences between metal and wooden knitting needles, and then we’ll work our way out from there.

Metal knitting needles are usually made from aluminum nowadays and many of them come in some pretty vibrant colors. They also have a smooth slick feel to them, which some people like, and that makes them knit faster than needles made out of wood. Not everyone likes these needles, however, and some people consider them to be too slippery—especially when they’re used on acrylic or silk yarns. Below are some of the pros and cons of these needles.

Wood knitting needles have always been a viable option for most knitters, but they have really begun to gain popularity among people nowadays. That’s because many people feel like these needles are easier to handle and because they’re quiet. Of course, they too have their own drawbacks—drawbacks that the knitter might want to consider before purchasing a new set.

The next thing that the consumer is going to want to think about is the length of the knitting needles. When we say needle length, we mean that is from the needle tip to the end of the needle. For large size yarns, longer needles work the best and will prevent the knitter from dripping stitches. However, the knitter should think about the project they’re working on. For most circular knitting projects, long needles might not be appropriate so the consumer should carefully think about it before purchasing a needle set.

When choosing an interchangeable set, the consumer should make sure to look for sets that are easy to attach and remove. They should also make sure that they have a smooth join where the cord meets the needle. If they don’t, then they may get snagged at the join and that can be a real pain to have to deal with while knitting.

The last thing that the consumer is going to want to think about is everything that comes with the circular knitting needles. One of the most basic pieces of equipment that the consumer should look for in a case, especially if they’re going to be traveling with the needles. A good sturdy case will not only help keep all of the needles together and make them easier to transport, but it will also help protect them. Below are some other accessories that the consumer might want to think about when choosing their next circular knitting needles set.

Other Accessories To Consider: 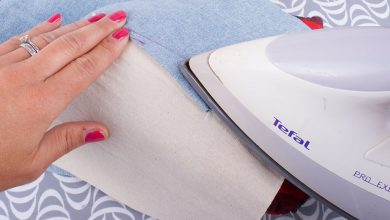 Best Iron For Sewing in 2022 Reviewed 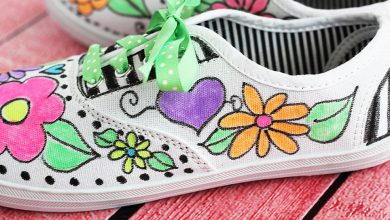 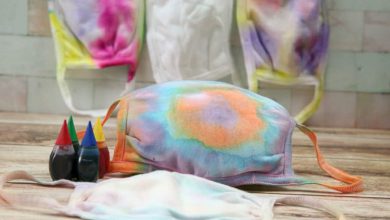