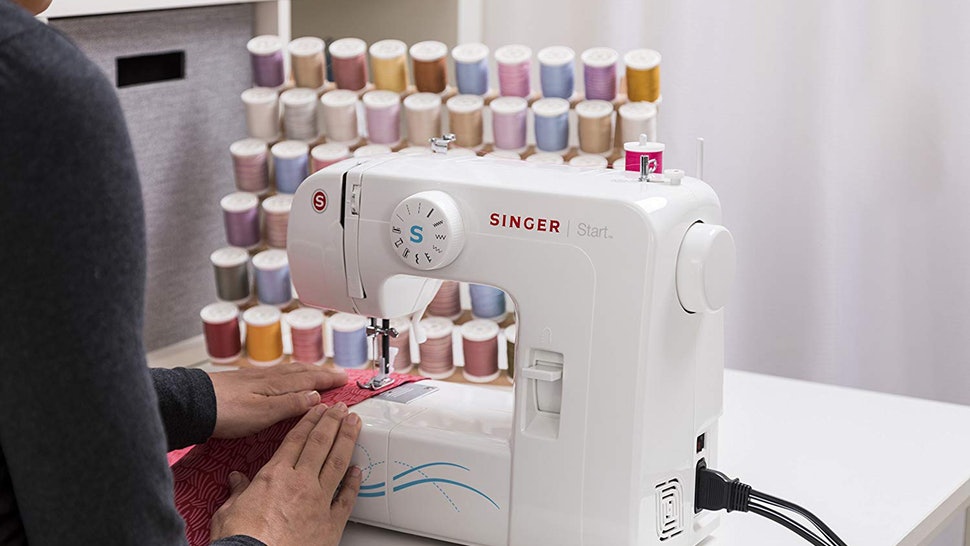 While teaching sewing, I’m often asked questions about the mechanics of the sewing machine, such as “Why do you have to thread the take-up hook?” or “How does the top thread catch the bobbin thread?” I have also always marveled at the beauty of the machine and how it seems so simple, and yet there are so many parts at play, especially under the surface. In fact, I was discussing my fascination with a friend (a non-sewer), who said that she had watched an entire TV episode on the subject, and though she hadn’t cared beforehand, she now thought the sewing machine is “very cool” and found the program absorbing.

And I have to agree. The episode on sewing machines of The Secret Life of Machines covers the history behind sewing machines, including where different mechanisms came from, precursors to the machine as we know it, amusing stories related to sewing machines, in addition to how one actually functions. To show examples of what is being discussed, they use exaggerated, oversized props, with humans performing the functions of individual parts of the machine, as well as actual sewing machines, dissected to show the mechanisms. In addition, there are cartoons interspersed throughout the episode, a holdover from the show’s roots as a comic strip called The Rudiments of Wisdom. Though that makes it sound like a children’s show, it’s actually more geared towards adults (though children will like it, too).

Other fun features of the episode include many examples of antique sewing machines, old-school Singer television commercials, and how wonderfully dated everybody in the episode is dressed (the TV show was made in 1988 and aired on Channel 4 in Great Britain). It was subsequently aired on the Discovery Channel. You can now find the episode online on YouTube, or purchase the DVD.

For the home seamstress, it’s definitely beneficial to know about your machine, particularly if something malfunctions. Besides that, it’s also simply a very entertaining program!

10 Ways to Use Your Fabric Scraps